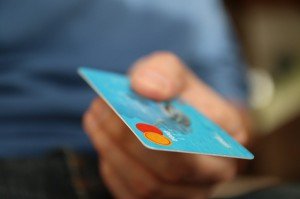 It helps to know what a cyberlocker is before we start talking about why they are important and why the Unites States Senate Judiciary Committee has such a special interest in them. The Judiciary Committee has asked major credit card companies such as MasterCard and Visa to block transactions between customers and a select group of 30 websites that serve as cyberlockers.

A cyberlocker is basically an online location for the storage of data and media. What makes a cyberlocker deserving of its unique name is that access to the storage is limited to paying customers, and the files in the cyberlocker can be shared with other members. The catch is that there is no outside access for technologies such as search engines or surveillance tools. This gives a cyberlocker the advantage of secrecy through invisibility.

As for the Judiciary Committee, their interest in the select 30 web sites is based on the suspicion that this group has an internal database that directs the cyberlockers members to copyrighted content. Further, the committee maintained that the objectives of the cyberlockers do not have any “legitimate purpose or activity.”

The problem is that most of the concern is based on unsubstantiated evidence. But it makes sense for the United States government to concern itself with web sites whose content is unknown. Linking to copyrighted material is something more than a few web sites do legally. If the government is not allowed to know what is in those files, someone must be hiding something. The proposed solution, severely restricting the ability to pay for the service, has been done before with success when restricting the ability of Americans to use credit cards to gamble online.

From a business perspective, it seems that the practice and knowledge of every company is subject to the inspection and approval of the government. This approach, where the 90 percent who are innocent are treated as though they are the 10 percent who are guilty, should make any business owner uneasy. There is no concrete evidence to create suspicion, but nevertheless the government wants to regulate and restrict the operations of a select few companies.

Also, there are a number of other companies who offer cyberlockers and have not drawn the attention of the government. Perhaps these select 30 have rejected requests for access to the files of suspicious persons.

If the Internet is to remain free from government intervention, save for the few limitations restricting digital criminal activity, then businesses need to voice their concern and ask what makes these 30 companies worthy of what amounts to restraint of trade. The profitability of many Internet businesses depends on their ability to conduct transactions with credit or debit cards. The practice makes it easier for the consumer and safer for the business during purchases.

The actions by the Senate Judiciary Committee amount to restricting the freedom of the Internet by businesses and consumers alike. It may be the beginning of a movement towards limiting Internet access through legal and financial decisions rather than a wholesale attack on the Internet itself. Consider the current debate about net neutrality and the dangers these government actions prevent to free commerce.