Could Selfies Soon Replace Your Passwords? 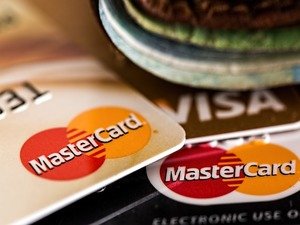 MasterCard has been experimenting with a new facial biometrics app, and is poised to roll it out in force later this year. The basic idea behind the technology is that it will employ facial recognition in the place of traditional passwords, on the thinking that while it’s possible to guess at your password, a hacker’s going to have a really hard time faking your face.

Of course, part of this new system builds in the requirement of blinking, so that hackers cannot simply use a photo of the person in question, and experts agree that the biometric approach is substantially more secure than a simple password protection, but warn that no system (biometrics included) is bullet proof.

The pattern your face represents is ultimately turned into a series of one’s and zero’s inside the computer or smart device that’s using the new security protocol, and while the hackers can’t mod your face, they can certainly hack into the data stream itself, and either change it, or force a recognition when none actually exists.

For this reason, most security experts say that biometrics is an excellent security addition, but temper their positive reaction by saying that it should be part of a robust multi-factor authentication paradigm for best results. Nonetheless, MasterCard is proceeding with its plans to roll out the new security feature later this year.

There is no doubt that this new paradigm represents a big step forward for personal online information security, but the experts are right. Biometric solutions aren’t a panacea. They’re not a magic bullet that’s going to stop the hacking community cold. Until and unless they are combined with existing, industry standard security systems to create an even more robust multi-factor authentication paradigm, you can bet that the hacking community will begin finding ways around this, assuming they haven’t started on that project already.