Charging Costs for the iPhone 5? 41 cents 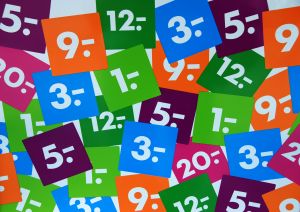 A brand new estimate on charging costs for the iPhone 5 has been released as of Friday, claiming that the new iPhone takes a mere 41 cents a year to keep it charged. The iPhone 4S came in at about $1.50, making the iPhone 5 over 60% more efficient at holding a charge.

The new study conducted assumed that iPhone owners would charge their phones once a year. Considering that the battery power was at 0 and the average charge of an iPhone 5 takes a little under two hours, Opower said that this means the iPhone only takes 3.47kWh per year to charge – which ranges from 20 to 80 cents, depending on where you are in the US.

Part of the reduction in costs is dependent on how the new batteries hold up over their two year expected lifespan. A full, strong battery in the iPhone 5 is rated for 8 hours of talk time, 8 hours of Internet use, or 10 hours of video playback. Apple claims that they did the extensive testing themselves, and even when the battery was used heavily, the numbers held consistently over time.

The iPhone’s main competition, the Galaxy S III, takes an estimated 53 cents a year because of its larger screen and battery. “The paramount point here though is not the difference between the two phones, but rather their striking similarity: the energy consumption of a modern smartphone is miniscule,” Opower’s Barry Fischer wrote.