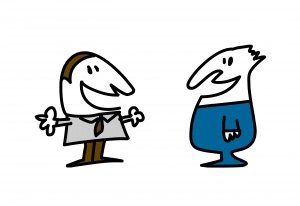 Starting next month, the Ottawa/Macdonald-Cartier Airport is installing microphones in random locations – within the airport itself, as well as in planes – in order to track conversations. The conversation tracking isn’t limited to pilots or other staff members, however: the microphones are meant to record passenger conversations.

The technology is already in place in some areas of the airport, but microphones are still in testing phases. The Canadian Border Services Agency quite proudly states the fact that the technology is quickly on its way to other airports as well. They told a local Canadian newspaper that “it is important to note that even though audio technology is installed, no audio is recorded at this time. It will become functional at a later date.”

The CBSA also admits that the technology was installed and actually functional in other locations, such as border points, but where exactly remained undisclosed. The technology is being used in an effort to enhance “border integrity, infrastructure and asset security and health and safety.”

The CBSA union and the Ottawa airport are already concerned about workplace conversations and remarks being recorded. The union says that they were only informed about this technology this week – after it had already been installed.

In 2008, 58 crime groups reportedly worked out of airports in Canada alone. Typically, this included airport employees that helped move narcotics from one location to the next on planes.