Browser Wars: Which is the Best?

The debate over which browser is the best will likely go on until a single browser controls the market. Depending on what study you read, Google’s Chrome has more than one half of the browser market, primarily based on its internet security reputation. Firefox comes in second, while Internet Explorer lags in third. But internet browser security is not the main issue for many people and there is some debate over how secure any of the browsers actually are.

A look at the three popular user options examines other features that are critical to a functional and user-friendly browser.

Mozilla’s Firefox is the new favorite of many users because of its ability to be customized to the user’s preferences. The customization offered is not so much about its user interface, which has been redesigned, but the options which are available during its use. Firefox is also expected to follow Google Chrome in backspace keyboard functionality change. Too much clutter is annoying, especially for features that are used once in a blue harvest moon. The number of add-ons available for Firefox have made it a user favorite for many years.

Google’s Chrome browser has sidestepped the customization issue by creating a simple user interface for those who like – simplicity. Also Google Chrome’s guest mode is great for shared computers. On mobile devices there is something to be said for an uncluttered interface, customizable or not. 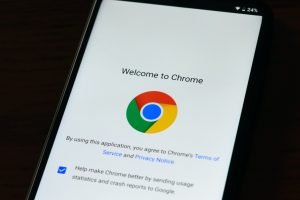 Microsoft’s Internet Explorer 11 has just been released and it has a built in set of biases, such as being compatible only with Windows 7 and 8. That itself speaks volumes about Microsoft’s willingness to allow users to customize their browser experience. Keep in mind that Internet Explorer has to consider that it, like the Windows operating system, targets business users, so cybersecurity importance is paramount. Allowing users to customize things will certainly have business owners wondering, “What was Microsoft thinking?”

Here is a dimension of user browser experience that will always have people concluding their browser is best. Some polls have Internet Explorer dead last, yet Microsoft continues to include and improve it despite the general public’s tendency toward alternatives. The reason seems as obvious as the fact that it does not allow users to customize its browser.

Chrome’s interface has been mentioned as being simple, so the case can be made why Firefox is often chosen as a favorite. But there is another consideration why people still gravitate to Google and Microsoft – familiarity. Particularly in a business environment, managers more than users want administrative control over how the key components of their networks work. IT support has enough to do without trying to figure out every customizable item on a hundred user’s desktops when a problem occurs. Time is money.

All three selections excel in their speed of use. Unless you are uber-technical about response times and image load times, you will likely never encounter any meaningful slowdowns on any of these browsers. The ear numbing excuse of “it’s your connection” may or may not be true, but the problem will almost never be the speed of the browser operation. It is perhaps one of the main reasons why people choose one of these three browsers as their first choice.

If none of these three browser war veterans appeal to you, consider the well-known but less preferred Opera browser. There is also a newcomer, Maxthon, which some reviewers like because of its compatibility with Chrome and Internet Explorer.

Using the basic considerations here, Firefox is the best of the choices because of its ability to customize the user interface and its large library of add-ons. Internet Explorer continues to meet the needs of businesses and Microsoft has no current need to change that approach. Google’s strength seems to be in the mobile market with its simple design style.

In the end, the best browser for a user is a combination of what the user has used in the past since people prefer familiarity, a reliable cybersecurity framework if visiting new and unknown web sites is a common task, and speed since no one wants to wait for anything on the Internet any more. Everything else is only a way for the browsers to separate themselves from one another.