Bot Activity Is Running Rampant On The Internet 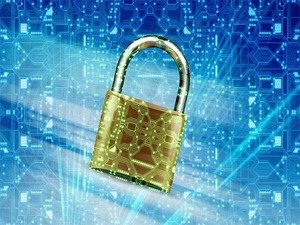 Just how bad it bot activity on the net? How much traffic is generated by bots, and how big of a problem is that for business owners? The answers will surprise and dismay you.

According to the annual “Bad Bot Report” published by a company called Distil, Bot activity accounted for 40% of all traffic on the internet in 2016, increasing by 7% from the 2015 figures. Half of that was generated by “bad bots” which are used for two primary purposes: scraping content for other websites, and logging into company websites to see what information can be gleaned, if any.

Contrast that with “good bots” which are run by the big search engines and major tech companies, which accounted for a scant 18% of all internet traffic. This figure represents a significant decline from the 30% of traffic they accounted for in 2015.

Bad bots typically mimic the appearance and behavior of good bots, which makes them notoriously hard to detect and stop. Last year, they attacked 96% of websites that had any sort of login box, and 97% of all sites that had proprietary content locked behind a pay gate.

Worse, these bots were tremendously successful in terms of creating dummy accounts and logging in, defeating the measures put in place to keep them out a shocking nine times out of ten. Once inside a company’s website, it was overwhelmingly likely that they had access to a variety of sensitive or proprietary information.

The United States accounted for 55% of the total bot traffic on the web, although this figure should be taken with a grain of salt. This figure is mostly a reflection of the fact that so many major data centers are located in the U.S. The bots that originate from them are overwhelmingly controlled by hackers living in countries that don’t have extradition treaties with the United States, allowing them to leverage the power of our cloud-based service infrastructure, while preserving their anonymity, and essentially remaining out of the reach of law enforcement officials.

All that is to say, the problem is vast and growing. At its present rate of growth, bot traffic will eclipse human traffic on the internet sometime in the next five to seven years. If that doesn’t cause you to lose sleep at night, few things will.