Balancing Being Too Busy and Being Successful 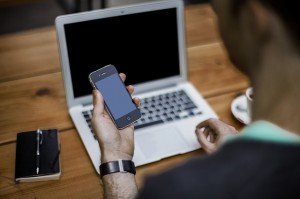 This is the struggle of our time, isn’t it? The digital age has brought with it huge, vast productivity gains, and we’re all practically glued to our tech 24/7, but do you know the one thing that it hasn’t given us? It hasn’t given us the leisure time we were promised, and don’t you remember, that was the promise. The age of computers would automate nearly everything, and we’d find ourselves with more free time than ever before, and get to spend our days lazing about…

Except that’s not what happened. What happened was, all the time we freed up got sucked right back into more work. We got stuck on the treadmill and had to run faster and faster, because computers kept getting faster and faster, and there was never any time to stop. We were initially sold on the promise of leisure, and wound up working harder and longer and for more hours than ever before. That’s a great way to get burned out, and the number one killer of success is burnout. Whatever else, you’ve got to see that it doesn’t happen to you, but where to start? Read on and I’ll show you.

The Secrets of the Work-Life Balance

The term above is how you’ve probably heard the term described, and it’s apt. It’s a good term. At the root of it is the recognition that our brains need variety. We can’t stick ourselves into the rut of doing the same thing day in, and day out with no break. The mind simply rebels at it. The problem with that is of course that so much of our modern work is knowledge based, and it’s almost impossible to be an effective knowledge-based worker if your mind is rebelling on you. It can be done in the short run, but if you push too far beyond that point, you get the inevitable burnout. Once that happens, it could take months, or even years to undo that damage.

The best answer then, is to never let things get that bad in the first place, but how? Whole books can and have been written answering the “how” but the gist of it is that you’ve got to make time to play. Yes, you read that correctly, and I know what you’re thinking. You’re an adult now, and grownups don’t play. I’m here to tell you that you’re wrong. Grownups who suffer burnout don’t play. The rest of us make time to. We have to. Playing is in our DNA. It’s hardwired into us. You can ignore what’s in your DNA for a while, but not forever, and you do so at your peril.

Allow Yourself Time To Play

At first, it can seem like an almost alien concept. The reason for that is that it may have been decades since you last allowed yourself to play, but honestly, if that’s the case, you’re missing out on lots of fun. When you were a kid, the best toys you could get some days was some sticks from the woods and a few bottle caps. That, plus your imagination and you were off and running. Now, you’re a grownup, and you’ve got a grownup’s paycheck to work with. If you stop and ask yourself what you’d do right now, right this very moment if you were absolutely free to get up from your desk and leave for the day, the answers might surprise you.

Of course, given that we are adults, we have to moderate our own playtime. There’s nobody admonishing us to be home when the streetlights come on, or to make sure we take time out for dinner, so we’ve got to set our own limits based on the realities of our individual situations. However, here’s the first reality. The bedrock truth is this; if you don’t allow your inner child out to play once in a while, you won’t be as successful as you would have otherwise been. It’s not about hard work in a knowledge based economy, it’s about smart work, and one of the smartest things you can do is to take time out for you now and again.

Go climb a mountain in the snow and slide down it on your rump. Go whitewater rafting twice a year. Buy a Harley. Whatever your passion is, spend time chasing after it. When you get back to your desk, not only will you have a fantastic story to dazzle your coworkers with, your mind will be back in its happy place, and you’ll be worlds more productive.

Never be too busy to play. It’s the path to your greatest level of success. Pencil some time in for you this week. You’ll be glad you did.