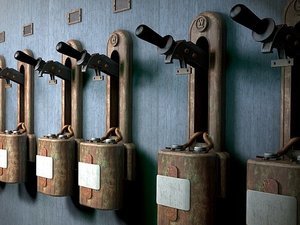 Does your company utilize either RackSwitch or BladeCenter networking switches?  Are those switches running ENOS (the Enterprise Network Operating System)?  If so, there’s a backdoor in your network you weren’t aware of.  Even worse, it’s been there since 2004.

Engineers at Lenovo recently discovered the backdoor in the firmware when they conducted an internal security audit.  These products were added to the company’s portfolio via acquisition from Nortel, and Lenovo only just became aware of their existence.

A spokesman for the company had this to say: “The existence of mechanisms that bypass authentication or authorization are unacceptable to Lenovo and do not follow Lenovo product security or industry practices.  Lenovo has removed this mechanism from the ENOS source code and has released updated firmware for affected products.”

It should be noted that this backdoor would be relatively difficult for a would-be hacker to exploit, because it’s not a hidden account whose password could be guessed at or cracked via brute force, but rather an authentication bypass mechanism that requires a strict set of conditions to trigger.  Lenovo describes the various configurations of security settings that activate the backdoor in their security advisory.

In any case, the presence of a backdoor into your network (even one that’s hard to trigger and access) isn’t something to be taken lightly.  If you’re able, grab the firmware updates from Lenovo at your next opportunity and seal the breach.  If that is impractical for some reason, Lenovo has spelled out a few mitigation strategies your company can apply as a stop gap, until you can get the firmware updates in place.

Kudos to Lenovo from their swift, deft handling of the issue!