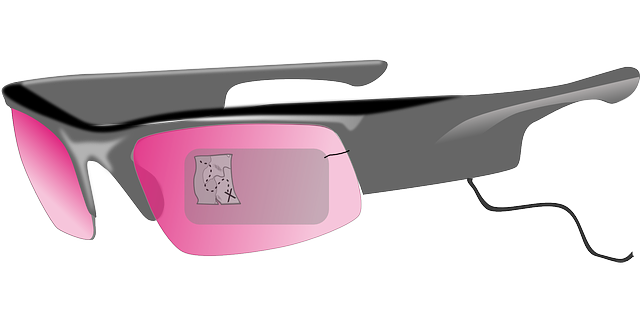 If you haven’t heard much about “augmented reality,” you’re not alone. While it’s making a big splash in Europe and parts of Asia, it hasn’t yet caught on in America; but that is changing. Even better, emerging technologies like the Google Glass project will make Augmented Reality a much more accessible, much more seamless experience than it currently is, and this opens up all sorts of intriguing possibilities for business owners.

So what is, Augmented Reality, exactly? Simply put, it is a wholly new way of interacting with the virtual world, by “overlaying” the virtual world with the real. In a word, it blurs the lines between the two. Right now, sitting at your computer reading this article, if you want to run a program, you have to locate the appropriate icon and click, or double click. Doing that “runs the program” you selected, and you’re on your way. Consider how it would be, though, if you didn’t have to double click. What if you could “run a program” simply by looking at a particular shape or picture?

Well, you can, and that’s the essence of Augmented Reality. Shapes or pictures are simply pattern recognition to a computer, and anything can be the “hook” that launches a program.

How does it work for businesses right now?

At the moment, the vast bulk of Augmented Reality applications run through hand held mobile devices. One recent example is an advertisement in a magazine for a high end luxury car. In that case, there is a “QR Code” on the page. If you’re flipping through the pages of the magazine and happen across the ad, it just looks like an ordinary ad, but the presence of the QR code gives it away. If you look at that ad through your mobile device (pointing your camera at the page so that it can “read” the QR code), something remarkable happens. The car comes to life and drives off the page. Then, you’re in the car and are treated to a virtual test drive while a disembodied voice gives you details on the car’s features. It’s a primitive, early example of the tech, but that is Augmented Reality.

Now take it one step further. Whether or not you are personally interested in Google Glass and wearable computers, they’re coming, and they’re going to be huge. Imagine the possibilities for you, as a business owner, to integrate AR technology into the world that your customers travel through.

Maybe it’s telling him about today’s sales and special deals. If he’s a customer you’ve done business with before, then his information will be on file, and your app can address him by name. If he’s recently made a large purchase from you, that too, will be on file, and not only can you address him by name, but you can ask him how he likes his (insert the name of whatever it was that he purchased from you).

Note here that literally anything with a unique, identifiable pattern can be used as the “hook” to launch a program, and given that more and more users will be seeing both the real and digital worlds simultaneously, courtesy of Google Glasses, and products like them, that means you don’t need roadside billboards any more. Anything can become a virtual billboard. You can reach out and talk to your customers, either en mass or personally, one on one, anywhere on the planet, any time of the day or night.

Used correctly and imaginatively, this smarter, better targeted advertising which blurs the lines between the real world and the digital can only lead to one thing. Better relationships with your customers, which will lead, by natural extension, to more returning customers and higher profits for you.