AT&T: Subsidized Tablets are No More 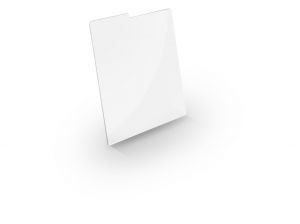 AT&T, as of last Friday, has made the executive decision to discontinue its offering of subsidized tablets to the general public.

For many years, most mobile carriers have subsidized many of the devices they offer, from phones to tablets. The wireless carrier offers handsets at a price that is far below what they paid to purchase them from the manufacturer. But there has always been a catch: buyers must sign a two year contract to guarantee the subsidized price. Subsidized prices range from free all the way to around $300 for higher-end iPhones and similar devices. For the most part, it’s the main way people who don’t have $700 to spend on a smartphone wind up with high-end devices.

However, AT&T has made steps to stop the subsidized pricing of tablets in all of their stores nationwide. According to a document published by Engadget, yesterday was the last day to purchase tablets with the subsidized pricing. “Customers purchasing a tablet after August 19, 2012, no longer have a two-year pricing option. The only option available will be the no commitment pricing,” the document stated.

DataConnect prices have also been updated for both smartphones and tablets on the new document. Data plans for tablets have been lowered by $5 apiece. The new prices are $15 for 250MB, $30 for 3GB, and $50 for 5GB. All unlimited data plans have also officially been eliminated as of today.

The trend of the absence of device subsidies didn’t start with AT&T. In June, Verizon stopped selling subsidized tablets and Netbooks as part of its plans when it introduced Share Everything pricing.