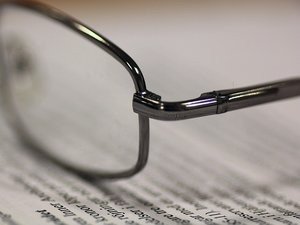 One company, a few phases into the interview process, requires the candidate to take a test. On the test are questions ranging from moderately-difficult math questions to questions relating to how the candidate works on a team. The purpose is not only to verify the person’s common intelligence and fitness for the job, but also to determine if they are the type of person the company wants on the payroll. Do they have team skills and will they make a good team player?

More and more employers are finding unique ways to weed out the competition; to set apart candidates in order to find the one that is just right for the job. In a rapidly changing culture which is fostering a competitive job market, employers must use hiring techniques that set candidates apart. It is a buyer’s market, so to speak. The employer has a plethora of resumes to consider and can afford to be choosy.

Resumes all seem to show similar qualifications and experience for those grads just coming out of college or who are early in their careers. It is hard to select just the right match. Moreover, with websites and courses advising a candidate how to interview and answer the same questions that have been around for eons, candidates become even more cookie-cutter. So, throw in a “trick” question. Throw into the interview the unexpected and see how the candidate handles the pressure. The answer can show, among other things, how he or she adapts to a rapidly-changing landscape, whether that is being handed a large non-standard order from a loyal customer, or being handed the key role in exploring new technology so the company can better integrate its systems and increase efficiency.

“Trick” questions are essentially questions outside the normal interview “tell me about” questions. If asked, the “trick” question can not only give the potential employer an indication of the candidate’s leadership abilities, but also his or her mental agility. For example, if asked what he or she would do in a situation where he or she felt they were “right”, but had to follow company guidelines against their “rightness”, the answer would likely indicate how well the candidate would lead and follow. In this situation, a poor candidate may insist on his or her “rightness” and try to get around the rules using their “rightness” as justification.

The poor candidate may believe so much in their “rightness” that their job performance and results suffer. They just don’t care. On the other hand, good candidates do what they have to do, but still may bring up the issue of their “rightness”. Their ego is such they must be right. Then there is the ideal candidate – the one who does the job with motivation and enthusiasm; the one who does not have to be “right”, but can accept the rules of the company; the one who has the overall health of the project in mind such that he or she does the job willingly and even keeps others on the team motivated. A good leader, while he or she may disagree in private, publicly supports the company and the goal.

So, the bottom line is that asking a “trick” question can be one of the best ways to separate the wheat from the chaff when it comes to “sameness” in candidates.