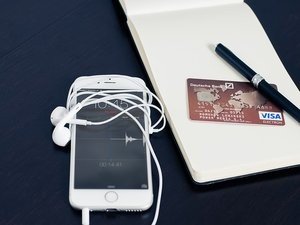 Most people are of the opinion that credit card transactions are fairly secure, in spite of the fact that over the past eighteen months there have been a number of fairly large breaches in which millions of customer transactions were exposed. The reality is that mobile payments on platforms like Apple Pay, are even more secure.

It comes down to better technology. Mobile payment platforms simply have more tech to work with. The vast majority of credit cards still operate using a simple magnetic stripe, which is itself unsecure, and while the transaction processing software that actually handles the transfer of funds is fairly robust, there’s nothing inherently secure about the cards themselves. They are prone to being digitally stolen, and this is, in fact, a fairly common practice amongst tech-savvy thieves.

Contrast that with the mobile payment device platform, and the differences are striking. Using Apple Pay as an example, we find that the user’s actual financial data are stored on a special chip inside the device. When transactions are made, the user’s actual account information is never used. Rather, proxy account numbers are given. This is pivotal, because if the vendor that the individual purchased from was hacked, then all the hackers would get from that individual would be the proxy numbers. They would be worthless on the black market because there would be no actual account number to which the information was tied and thus no exposure.

That difference alone makes mobile payment platforms like Apple Pay much more secure than old style plastic credit cards, but it doesn’t stop there. Apple also uses a security token system to help better track purchases for the purposes of identifying fraud, and (at least with Apple Pay in particular) the system cannot be accessed except via biometrics, using the phone’s built-in thumbprint scanner.

Any one of those by themselves would make mobile platform payment systems more secure than their credit card counterparts, but taken together, there’s just no contest. It’s true that some credit card companies are trying to modernize by offering “smart cards.” These do have some updated security features that make them more secure in contrast to the old style magnetic stripe credit cards, but there’s only so much you can do with a credit card. The additional security features aren’t even in the same league with what you find in the world of mobile payment platforms.

With the plethora of mobile payment features, the explosion in popularity of handheld devices, and a greater comfort level with digital life in general it’s more likely than ever that we’ll finally see the advent and widespread use of the digital wallet. We’ve had the core technology to make that a reality for a few years now. What’s been lacking to this point was consumer confidence in the platform and its security. That seems to be changing, and we could well be on the cusp of a paradigm shift in retail and payment processing. Are you positioned to take advantage of it?