Are iPhones Getting Bigger? 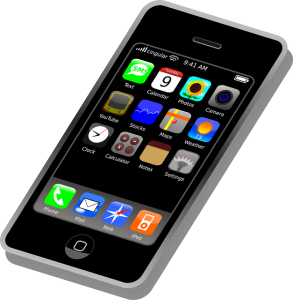 The title of this piece poses an interesting question, and one that bears a closer look. Much has been written about Apple’s future, post Steve Jobs. The early conclusion has been that without his creative wizardry and design mastery, the company will founder and lose its way. The chief thing that people point to when reaching this conclusion is that we have already seen Apple without Steve Jobs. We saw it before his death when he left the company for a period, and the results weren’t pretty.

There are signs that the same thing may be happening again. Apple is adopting a much more moderate path than they ever did with Jobs at the helm, and their recent treatment of their rabidly loyal fan base has been tested by some of the company’s recent moves. Note here that I used the term fan base.

Apple isn’t like other companies. Other companies have customers. Some of their customers are even loyal, but Apple is a breed apart. Whether it was the consistent excellence in design, or some part of the Steve Jobs mystique, Apple’s customers are more than simply customers. They are fans. They are product evangelists. Ask most users of Apple products if they’d consider using an Android based product and more or less all of them will give you a quizzical “why bother” look. Ask them if they’d consider using a Microsoft/Windows based product and they’ll most likely laugh at you. No other company can boast the kind of loyalty that Apple enjoys. There’s simply no competition. There are Apple customers, and then there’s everybody else.

There are two forces at work here that make bigger screens for the iPhone all but inevitable. The first is simple competition. Nearly all of the recent competing smartphones that have come out in the past twelve months have all sported screens larger than Apple’s offering. People are simply demanding it, and the broader market is responding. The lines are continuing to blur between the touch screen tablet market and the smartphone market, and it’s hard to make a case for the survival of the touch screen tablet in the longer term. If it survives at all, it will be as a niche product, used in ways similar to the way Chili’s restaurant chain is currently using them to replace laminated menus.

Increasingly, smartphones are beginning to rival tablets in size, and the larger tablets are morphing into “Two-In-Ones”; part tablet, part laptop. This is the likely future of the tablet market, and the two-in-one offers vast advantages over the laptops we commonly see in service today. They have all the advantages of a laptop, plus the flexibility of a tablet, and two-in-ones sip power like a tablet does, making them a big fan favorite among the growing ranks of the green community as well.

By itself, that factor would likely be enough to move Apple toward the introduction of a larger screen, but then there’s the fan base to consider. Having slighted them in recent months by introducing products that are not backwards compatible with older Apple gear, and which require expensive upgrades to bring the older gear up to speed, the company simply must do something to keep their fan base loyal. Larger screens are the simplest and most expedient answer to that. The fans want it, and the market demands it. There’s almost no way Apple won’t have to move with the tides. If they don’t, you can expect that even the most diehard members of Apple’s eerily loyal fan base will begin having second thoughts.