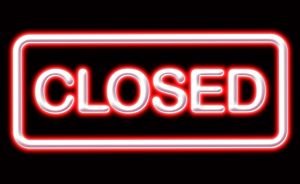 Apple and Samsung have been battling it out for several months now, and the decision has yet to be determined. However, as closing arguments were said, Samsung had only one thing to say.

“Your decision, if you go Apple’s way, could change the way competition works in this country,” said Charles Verhoeven, Samsung’s main attorney. “Rather than competing in the marketplace, Apple is seeking a competitive edge in the courtroom.”

This closing statement embodies the main issue between the two companies. Apple says Samsung literally copied the iPhone’s feel, design, and some of its features; Samsung says that the similar features are simply benchmarking and they were simply “keeping up” with their rivals.

Verhoven spoke about the “theory of evolution” throughout his closing arguments, saying that many electronics have been changed over time by technology – not by other companies. “Remember in the old days? TVs had knobs…they looked different. Remotes came along, LCDs, plasma. Form followed function.”

Apple closed with a quick statement, simply stating that if the jury wanted to know why they were in court today, they need to “simply look at the paperwork [we] have collected as part of the trial to show that Samsung has intentionally copied [our] designs.”

Before closing arguments, over 100 pages of instruction were read to the jury, including rulings, laws, and answered questions. Judge Lucy Koh urged the jury to pay attention the best they could over the two hour period, and allowed five minute breaks every half an hour or so.