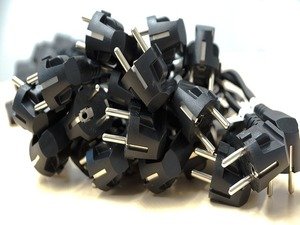 USB-C cable technology has enormous promise, so it’s a real shame that it has been plagued with so many issues in recent months. The problems for the new technology began a few months back, when it was widely reported that cheaply made USB-C cables were being shipped without power regulating features, meaning that you could completely fry any device you connected with the cable.

Now, Apple is reporting that their own USB-C cables on devices shipped between April and June 8 of 2015 could have a similar fault. Fortunately, this new problem isn’t as dire as the one reported previously, but it’s still an annoyance and inconvenience. In this case, if you have a bad cable, your MacBook may not charge at all, or if it does charge, it may only charge intermittently when it is connected to a power adapter.

The good news is that if you have a bum cable, you can get a no-hassle replacement. There are a number of roads open to you as far as getting the cable is concerned. You can reserve one via the MacBook’s “Genius Bar,” and you’ll receive it in the mail in a couple of weeks. If you purchased your computer during impact window, a replacement should already be on its way to you. If you’ve already purchased a replacement, you may be entitled to a refund. Contact Apple Support for additional details.