Apple Claims Not To Be Data Hungry

By Jason ManteigaNovember 7, 2014May 29th, 2021Technology News, Uncategorized
No Comments 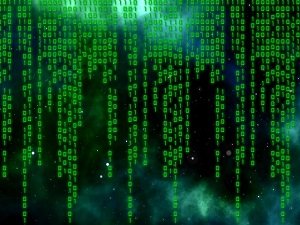 With privacy increasingly making headlines around the world, it probably came as no real surprise when Apple’s Tim Cook spoke out about his company, and one of the things that sets them apart from so many other technology giants. The essence of Cook’s message was that Apple wants your money, not your information.

This statement comes on the heels of two high profile stories that broke recently, in which Apple was at the center of some controversy. The first of these involved the realization that Apple products had a variety of back doors engineered into them, ostensibly for the purposes of allowing the company to correct consumer issues with regards to their products. Privacy experts countered that these back doors could also be used to allow the NSA to get their hands on user data, provided that they issue the company with the appropriate paperwork to start the ball rolling (subpoena and warrant).

While technically correct, Mr. Cook rightly points out that Apple couldn’t comply with a warrant and subpoena in the same way, or to the same extent that many other companies could if faced with the same requests. Simply put, Apple doesn’t keep that kind of data itself, and doesn’t have access the vast bulk of the data that its legions of users create. There’s no question that they could provide something to the NSA if forced into that position, but it would not be the vast treasure trove that it would be if the same request was made of other tech giants, simply because of the way that Apple is structured and its products are engineered.

Just for the sake of comparison, let’s contrast Apple with, say, Facebook. Facebook not only has access to every scrap of information that their users dump onto the company’s network, they have made no bones about their ability (and depending on who you talk to, their obligation) to make full use of that information and take full advantage of it. There’s just nothing like that in the Apple ecosystem.

Part of the reason for Mr. Cook’s recent comments was of course to continue to soothe ruffled feathers over the back door drama, but it was also important on the heels of the release of the new iPhone 6 and the payment system that was released with the new tech. As Mr. Cook said, “We don’t have or keep your credit card number, because we’re not in that business.” Fair point, and he’s correct.

The other recent headline making issue was the fact that a number of high profile user accounts were hacked on the company’s iCloud service, resulting in some rather private pictures being made widely available. Again, Mr. Cook rightly points out that the iCloud system itself was not hacked. Rather, individual users had their passwords hacked because they didn’t take the time to create secure passwords. That’s not a problem unique to Apple or to iCloud, but is a problem that spans the whole of the internet.

The bottom line is that as tech companies go, Apple really isn’t all that data hungry. They collect data, sure. Given the business they’re in, they must, but it is nice to see that they really don’t have all that great an appetite for collecting user data, and they don’t sell it as so many other tech giants do. Kudos to Apple, and to Tim Cook, for setting the record straight.