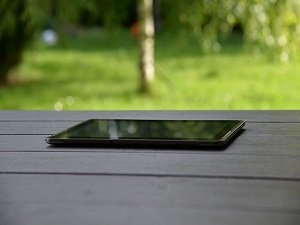 Apple has announced the latest version of its flagship tablet line, the iPad Air 2 and boasts that it’s the thinnest designed tablet that has ever been seen on the market. In addition to the iPad Air 2, Apple also announced the next iteration of its small screen tablet line, the iPad Mini 3. It, like its big brother, also boasts an ultra thin design making Apple’s tablets the thinnest tablets available on the market.

Design and Specifications
At first glance the iPad Air 2 and the iPad Mini 3 look much like their predecessors and with good reason. Apple continues to lead the way in design, and as these devices are consistently the most beautiful devices in the tablet market, there is simply no need to reinvent the wheel. However, Apple has paid particular attention to the thickness of the devices.

iPad Air 2
The new iPad will retain much of the look of the first iPad Air but the device is now only 6.1mm thick making it the thinnest iPad ever made. There is more to it than just looks, however. The new iPad includes the latest A8X processor which is the fastest processor available in Apple mobile devices, even surpassing the processor in the latest iPhones. Apple has also added the fingerprint scanner to the iPad which was first seen in the iPhone 5S and has upgraded the camera to an 8 megapixel camera with the ability to take slow motion video at 120 frames per second.

iPad Mini 3
Apple hasn’t forgotten about its small screen devices, either. The refresh of the iPad Mini isn’t anywhere as dramatic but still boasts an ultra-thin design like its bigger brother. However, the iPad Mini utilizes the A7 processor instead of the faster A8X and its rear camera is lower resolution when compared to the iPad Air 2, but it did receive the fingerprint scanner technology.

Apple Sales
Apple reported selling 13.3 million iPads in the April to June quarter and while that seems like a lot of iPads, this figure is actually down 9% from the same period last year. Industry experts attribute this drop to the fact that many users are hesitant to upgrade as even the older iPad models are still functioning perfectly. Experts have also expressed concern on the future of the iPad Mini. As Apple moves into the phablet market with the iPhone 6 Plus, this could push sales for the Mini lower as people opt for the larger screened iPhone instead of the tablet.

Targeting Business
Apple also announced a partnership with IBM with the goal being to design more business oriented apps for their mobile devices as Apple attempts to draw in more of the business community. Analysts believe that while coaxing more businesses to adopt the Apple ecosystem, Apple still faces a tough road ahead with the consumer market as their market share is continually eroded by increased Android and Windows tablet sales.

There is no doubt that the next version of the iPads are gorgeous and thin with the power capabilities for an entirely new generation of more powerful apps. Will it be enough to shift the balance and stop the sales erosion from other device manufacturers going forward?

Apple hopes so although many experts are disappointed that a larger, 12-inch version of the iPad wasn’t released and believe that in order to stay at the top, Apple will have to rethink its tablet sizes and other aspects of its design for the next iteration of the popular tablet.