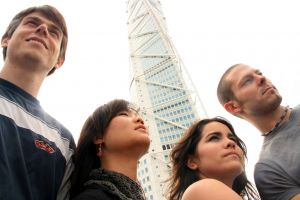 Apple continues to dominate its competition, according to the new smartphone market share data released yesterday. Apple owns some 63% of the smartphones sold by AT&T this past year, up from 44% the year previous. To compare, Apple owns around half of Verizon’s smartphones sold, and about 35% of Sprint’s.

However, Samsung is gaining a little ground in AT&T’s markets; their sales are up to 12%, which is a solid second for the smartphone corner. Samsung’s numbers are down in every other major carrier except for T-Mobile, the only company as of current that doesn’t sell the iPhone.

This data was part of the massive amount of evidence presented in the Apple v. Samsung case that has been raging for over two months now. Many technology fans are hanging on every word said in the case; this is not the first trade secret Apple has given away in hopes of banning the sales of Samsung phones and tablets.

Though it was to be expected that the iPhone should hold over half of the market share, it may be surprising to some that Samsung has made a significant gain. In 2011, Apple only gained around 3% of the market; Samsung gained nearly 12% over what they had previously had.

The combined share for all other smartphone makers, including Nokia and RIM, is down to less than 24%. This does not bode well for other manufacturers, but several of the companies that are in last place have big plans to come surging back. RIM is going to launch their new smartphone in January, for example, and Microsoft already has plans under way for new technologies that should take some share of the market in coming years.