By Jason ManteigaJuly 1, 2014May 29th, 2021Technology News, Uncategorized
No Comments

There has been much buzz and anticipation around the release of Google’s latest Android Operating System, code-named KitKat. Now that it’s officially out, we’ve been able to take a clear first look and see if it lives up to the hype that surrounded it. Here are some of the features you have to look forward to with this, the most recent update: 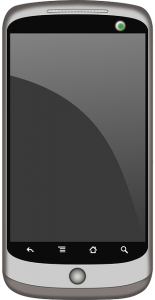 There are few things more annoying to a rabid phone user than the cryptic phrase “unknown caller.” We want to know everything and everyone who is in any way interacting with us. Google takes us a step closer to that perfect information Nirvana by making improvements to its CallerID function. Now, when there’s an unknown number, Google will attempt to resolve it by cross checking the number with Google Maps and related information to see if it can find a match.

Yes, just for all your fitness fanatics, Google has included an integrated step counter into its core. This will work seamlessly with your favorite fitness tracking app, allowing you to track, record, and get credit for every step you take, and every move you make.

When you’re watching a video clip or movie, playing a game, or reading, the OS controls can sometimes get in the way. On a big screen, that’s seldom an issue, but screen real estate on hand helds is at a premium. Immersive mode gets the buttons out of your way, letting you enjoy whatever it is you’re tying to enjoy. Swipe the edge of the screen, and you can bring your nav buttons back on command.

Many commonly used features in the OS are now voice activated. You can perform searches, send texts, get directions or queue up a play list, all with a verbal command. Touch screen navigation is gloriously convenient, but voice activation is even more so.

Yes, you can create as many panels to house your app icons and short cuts as your heart desires. Power users will no doubt have a dozen or more pages of panels to whiz through in order to find the shortcut for this or that app, which will probably facilitate a new app to help keep the massive paginated desktop organized.

Not only can you edit and manipulate documents created with MS Office and Google Docs quickly and easily, courtesy of the new OS, it also comes with better built in printing and faxing supports. This then, brings us another step closer to making the handheld device a complete replacement for the desktop PC. By next year, projections are that the number of handheld based internet searches will exceed the number of PC based searches, and this addition to the mobile OS is another bit of evidence that the trend is accelerating.

There are many other great features in Google’s new OS offering, but that gives you a glimpse at some of the bigger highlights, and it underscores just how quickly handhelds are encroaching on turf that was once monopolized by desktops and laptops, which are increasingly losing ground. Interesting times ahead!