An App That Can Power Your Visuals

By Jason ManteigaOctober 24, 2014May 29th, 2021Technology News, Uncategorized
No Comments 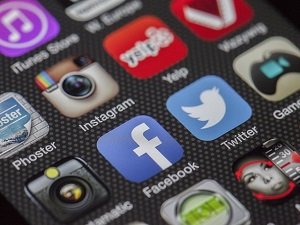 If you’ve thought about using video to market your business, then you’ve probably also been scratching your head thinking of ways you could make yourself stand apart from the crowd. After all, anybody with some fairly bare bones equipment can put together a reasonably professional looking video, and most would be video marketers tend to take a fairly conservative approach in their efforts. That’s understandable, but it is also probably dooming you to mediocrity. You can’t stand out from the crowd and take a conservative approach both at the same time, it’s just not possible.

Time To Get Creative

There are a number of approaches you can take when it comes to spicing up your visuals, but one of the cooler ones is time lapse video photography. No matter what business you’re in, no matter what your niche or industry, you can probably find a way to incorporate time lapse into your videos. It’s a neat effect, but there’s one slight problem. In order to do it right, you typically have to invest in some fairly high end equipment, as well as a good tripod to hold the camera steady during the time that you’re filming. After all, if the camera’s not steady, you’re going to end up with a product that looks shoddy and poorly made.

Now You Can Do It

What if there was a way to get good time lapse photography without all the expensive gear? Would you believe that there is? There’s a new app called Hyperlapse that will allow you to do just that with your iPhone. Sorry Android users, you’ll have to wait, Hyperlapse is only available on the iPhone for the time being.

In any case, one of the great things about Hyperlaps is that its technology has built in stabilization compensation, which means that if your hand shakes while you’re filming, the app will make corrections on the fly, as the video is being shot. Say goodbye to the expensive equipment; you can simply use the smartphone you already own and love!

You can make great videos just with that. Using nothing more than the Hyperlapse app, you can create videos that will be more than good enough for basic marketing or informational purposes, but of course, if you want to go above and beyond that, you can combine the footage you get from Hyperlaps with other editing tools to create video content that’s not only highly original, but also hugely compelling and interesting to watch.

Step Out Into The Unknown

Video marketing is one of those areas where most people feel they’re on uncertain ground. On the one hand, everyone acknowledges that the explosion of high bandwidth, low latency connectivity mean that video is increasingly dominating the internet landscape. On the other, video is not like the written word, and most businesses are geared around written communications, which makes video communications somewhat difficult for them and a bit of a murky proposition.

The great thing though, is that there are an increasing number of easy to use tools on the market that make it difficult to continue to ignore video as a prime, and perhaps even your primary means of communicating with your customers.