By Chris ForteDecember 14, 2014May 29th, 2021Technology News, Uncategorized
No Comments 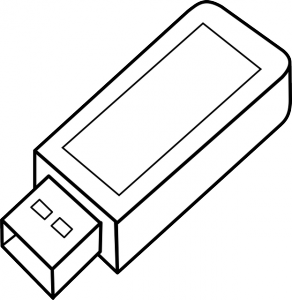 Amazon is taking the fight for streaming media supremacy directly to Google with the announcement of the Amazon Fire Stick. Like the Chromecast from Google, the Fire Stick is a small dongle that is designed to plug directly into one of the E.HDMI ports on your HDTV allowing you to stream movies, television programs and more right to your large screened television.

However, the Fire Stick works to differentiate itself from Google’s offerings with better hardware and added software features. The new Fire Stick reportedly offers the same experience that can be found using Amazon’s Fire TV set-top box only it comes in a much smaller package.

Features Of The Fire Stick
The Fire Stick offers a wide range of features and can easily allow you to deliver audio and video content straight to your television from services such as Amazon Prime Instant Video, Netflix, Hulu Plus, ESPN, YouTube, Spotify, Vevo, Pandora and A&E. In addition, you can also use the device to play games right there on your television.

The Fire Stick includes 8GB of internal storage with 1GB of RAM which pretty well trounces the competing Chromecast devices, and it utilizes Amazon’s ASAP streaming technology which allows for videos to launch without a buffer delay. The Fire Stick comes with its own remote that will allow you to control it from the comfort of your couch, although you cannot use your smartphones to control the device as of yet.

Differences Between The Dongles
While Chromecast and the Fire Stick may seem quite similar, there are some notable differences. Google’s Chromecast streams content from your Android smartphone to your television, requiring that you stream to your device first before you stream it to your television. In contrast, the Fire Stick is more like a slimmed down version of Fire TV allowing you to instantly stream straight to the device without the need of a smartphone or tablet.

Competition Heats Up
Amazon has definitely added fuel to the fire as it puts the pressure on Google to improve upon their device while drawing users away from the Google Android experience and bringing them into the Amazon ecosystem; an ecosystem which consists of tablets, phones, music, movies and much more.
In many ways, the Fire Stick can be cast in a much better light when compared to Chromecast simply because you don’t need a smartphone or tablet running Android to use the system. Amazon is marketing the device at a very low price as well, making it one of the most affordable streaming sticks to hit the market.

The market for the streaming sticks appears to be bright and with Amazon becoming a major player we are sure to see price points for these devices lower, as Google and other makers attempt to keep pace and stay one step ahead of each other in the fight for streaming dominance. However, at this time it appears that Amazon has the clear advantage when you consider the technology and hardware used to create the Fire Stick, its direct relationship with its customers, and its already mature marketplace of content just waiting to be consumed by audio and video fans everywhere.