Amazon Cloud Goes Down, Affects Reddit, Flipboard, and Other Websites 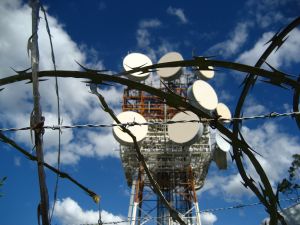 Amazon’s cloud service was up and down yesterday as the company had an outage in the East Coast Region. The outage took down countless websites, including Reddit and Airbnb.

Though Amazon hasn’t stepped up and told their audience exactly what happened, a spokesperson has come out and said that no, Anonymous had nothing to do with it and they were not attacked. Anonymous Own3r, just minutes after many websites started having issues, tweeted that he was responsible for the outages.

Many of the smaller companies that use Amazon’s services were tweeting about outages at around 10 A.M. PT, and by about 4 P.M. PT, many of the errors had cleared up and websites were back on track, though many users are still experiencing “degraded performance” even today. Degraded performance simply means that some users cannot log in to their accounts and in some cases can’t access anything but the front page of the websites.

This is the first outage Amazon has faced in nearly five months. The last outage took down Netflix, Pinterest, Instagram and many blogging websites.