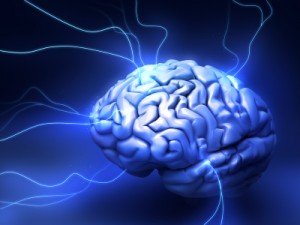 The University of Illinois at Chicago, one of the leading research facilities in the US when it comes to artificial intelligence systems, has developed a system called ConceptNet 4. They gave this computer an IQ test, and found it has the intelligence of a four year old child.

The original ConceptNet 4 was developed at another leading research institution, the Massachusetts Institution of Technology, before the UIC team got a hold of it to put it to the test.

While the score was significantly higher than that of a 4 year old child, the AI system had trouble with being consistent with its answers, thus dropping its score. The lead researcher said that if an actual child had shown patterns like the computer did that it would be “a symptom that something was wrong,” but for a computer, the researchers said it still did well.

ConceptNet 4 did outstandingly well at the vocabulary test, and it was excellent at recognizing similarities in pictures, words, and shapes. The computer fell down terribly when it was asked “Why” questions, which is what the researchers are calling “common sense”.

“We’re still very far from programs with commonsense-AI that can answer comprehension questions with the skill of a child of 8,” said the lead researcher. The study was meant to provide the researchers with more information so they can continue to improve AI systems and the ability they have to think outside the box. Eventually, the team plans on giving the computer the opportunity to make tough decisions that a business owner or entrepreneur might have to make, but only after they master the common sense structure.

For now, AI is not quite up to snuff, but it’s catching up quickly – so quickly that you may be hiring computers to do the work for you in the next decade or two.