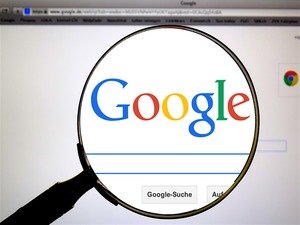 Adobe’s beleaguered Flash player may finally be seeing its last days, at least if Google has anything to say about it. The player has been exceedingly popular, and at its peak, a vast number of websites relied on it heavily to display content and advanced features to website visitors.

Unfortunately, in recent years, a number of critical security flaws have been uncovered, and although Adobe has been extremely responsive when it comes to patching them, they’re cropping up faster than the company can deal with them. Increasingly developers have been moving away from using the player, lest they create vulnerabilities that even a novice hacker can easily exploit and gain access to business systems.

Although Adobe itself has been more interested in fixing the flawed player, several big name tech companies, including both Google and Apple, have clearly had enough. When Google releases its next version of its Chrome web browser (Chrome 55), it will dramatically alter the way it handles Flash, only utilizing it when absolutely necessary, and as a last resort. HTML 5 will be picking up the slack in that regard, which is a strategy that closely resembles what Apple is doing with its Safari web browser in coming months.

What this means for you as a small business owner is simple. If you have legacy systems that rely on Flash, now is the time to begin making plans to find or develop another solution. Doing so will not only make the web pages you have that currently utilize Flash technology safer, more secure, and less prone to hacking, but in the months ahead, an increasing number of companies will follow Google and Apple’s lead and make it harder to utilize Flash features, or simply abandon the platform altogether.

If you’re not sure whether or not your firm currently relies on Flash, and you’re not certain how to proceed, give us a call today. One of our knowledgeable staff members can help review your company’s current position as it relates to Flash, and help you design a plan to move away from it.