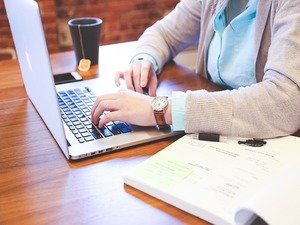 It’s finally happening, and we now have a firm timeframe. Adobe just announced that as of 2020, they will no longer be supporting their beleaguered Flash player.

Once wildly popular and used by webmasters all over the world to provide interactive content on websites, over the past decade, Flash Player has been plagued by serious security flaws. Although Adobe has tried gamely to patch the seemingly endless stream of critical security flaws, more keep cropping up.

It’s gotten so bad that Google has been taking steps to limit the Chrome browser’s support and reliance on it, and other major browser vendors have followed suit.

Rumors of Flash’s death have been circulating for years, but with so many websites still using Flash components, it has been a thorny issue. Somehow, the platform kept struggling on.

That will formally end in 2020 with Adobe’s decision to pull the plug once and for all.

In many ways, Flash’s demise marks the end of an era, but as an Adobe spokesperson noted, there are other platforms that have arisen over the past several years to take its place, including HTML5, WebGL, and WebAssembly.

Even better, these other platforms are all open standards as opposed to being proprietary, and have matured sufficiently so that they can now provide workable replacements for all of the Flash features that webmasters rely on. This includes live streaming, rendering complex animation sequences and displaying 3D graphics.

Although we have a firm year, the company has not yet announced a specific month and date. However, those details will no doubt surface as the platform’s end of life draws near.

Adobe itself has been preparing for this move for the past few years and has been creating tools like Animate CC, which are HTML5-centric.

While it will no doubt create a few headaches for webmasters around the world, it is widely acknowledged that the increased security will be a net positive.