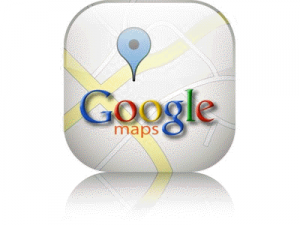 Google Maps is evolving faster than its car GPS brothers, and best of all, it’s still free. In addition to the features below that should help you in your journeys, Google Maps is now compatible with not only iPhones, but Androids and iPads, too – as of last week. Not only has the app gained tons of functionality and a few new platforms, it’s more car friendly than ever.

While Google Maps has always been good at showing you where traffic may be occurring, it’s difficult to glance at your phone while you’re driving to see if you’re about to hit a nasty spell so you can take an alternate route. Now, when you’ve set Maps to talk to you, it’ll keep you updated on accidents, construction, and traffic miles before you encounter it so you can make an educated decision on what to do.

Are you in a city you’ve never been in before on a business trip? Do you not have any idea where food is? Fear not – Google Maps has you covered. Once you reach your destination safely, the program will provide pictures of the inside and outside the building you arrived at in order to give you a good idea of what you’re looking for. Then, it’ll suggest local entertainment and food that has been rated favorably on Google Local to give you some good ideas of what’s good and what you should avoid.

Trying to figure out exactly where that neat restaurant by the bay is? Google Earth can help, and it’s as easy as choosing the option in the left hand menu. If you choose, you can have the app point out the prominent, popular locations as well as sightseeing locations at the bottom of the screen so you don’t miss out.

While all of these features are long overdue, they mark a new era for Google Maps – one that will help casual travelers and business travelers alike.