4 out of 5 Business Networks Have Security Threats 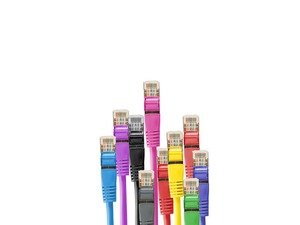 According to security company Infoblox, a staggering 83% of the networks they’ve studied contain some form of malicious activity. The news is as staggering as it is grim, but if there’s a silver lining to be found in the report, it is that the company has broken out the biggest and most commonly found threats. We’ll summarize these below:

BotNet Activity and Malformed DNS packets – This broad category accounted for more than half (53%) of the suspicious activity found.

DNS tunneling was the next most common, and although it has legitimate uses in the world of business, hackers are increasingly using it to bypass corporate firewalls, so any instances of tunneling detected on your own network should absolutely be given a higher level of scrutiny.

Zeus Malware (17%) and DDoS traffic (15%) were the next most common types of suspicious activities, and as anyone who has ever faced a determined DDoS (denial of service) attack can tell you, they’re brutal, and even where they don’t succeed, they put an enormous strain on corporate digital resources.

After that, the Cryptolocker ransomware was found in 13% of the networks reviewed, and Amplification and Reflection on 12%. Perhaps most disturbing of all, however, was the fact that Heartbleed vulnerabilities were found on 11% of the networks examined. This, even after more than a year of concerted effort by multiple parties to help companies ensure they upgraded to avoid having SSL vulnerabilities – a significant percentage of corporate networks inexplicably haven’t.