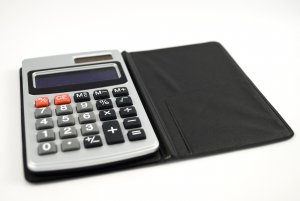 Though the numbers have fluctuated significantly in the last few months since Surface’s announcement, Microsoft has finally announced the number of tablets they expect to product off the bat: a whopping 3 million units.

The estimates seem to exceed Microsoft’s online store capabilities, however. “If they build a few million units there’s no way they can sell it through Microsoft store only,” said IDC analyst Bob O’Donnell. “So I think that they’ll sell it through traditional retail also. You can’t build that many products without having a much wider distribution strategy. They just haven’t shared that [strategy] yet,” he continued.

The $200 price point of the Surface tablet was also discussed. Instead of selling the device outright for $199, Microsoft plans to include a subscription program. If you subscribe to a service and sign a contract, the tablet can be yours for less. Otherwise, the price tag will likely be in the $500 range. “There could be two ways to get Surface. Buy it outright for, let’s say, $599. Or $199 for a two-year subscription and you can get X,Y, and Z — which, oh, by the way, works out to more than $599,” says O’Donnell.

O’Donnell says he believes that he $199 price point is unrealistic. The new tablet is basically a computer, and the pricing of $199 on a computer would be unsuccessful. “MS Office subscription? Any Windows RT product comes with Office. So, that knocks out that theory,” said the analyst.

Microsoft has not said anything further on the subject, but further announcements are expected in the upcoming month.