10 C’s Of An Amazing Leader

By Jason ManteigaDecember 9, 2013May 28th, 2021Blog, Technology News
No Comments 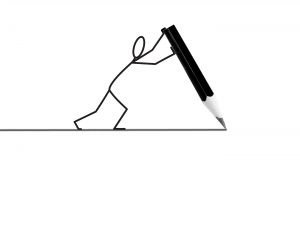 Leadership qualities are highly sought after; by a business owner and an employer. Leaders can make a profound difference in their industry, and can be fundamental in positive change. A recent study has revealed 10 common traits found in great leaders.

Competitive spirit. Competition occurs naturally in all environments, and can be seen when two individuals complete for the same goal. In business, competition can stimulate a higher quality of service and product development.

Clutter avoidance. The depth of paperwork or piles on a desk is not necessarily the clutter, but rather the ability to focus on what is important and not become bogged down with the busywork.

Cohesiveness. When a group of individuals possesses bonds linking them to one another and also to the group as a whole, this is considered a state of cohesion. Leaders can excel when they are able to sell ideas to the partners. More importantly, a leader can identify which individual needs convincing and how to approach them.

Candidness. The ability to deliver a brutally honest need for improvement while showing great respect and encouragement. One of the rarest of skills. One approach could be to reverse roles in a conversation, and encourage the poor performer to recognize the issue on their own.

Crystal-clear vision. It is not easy to decide where you want to be, and even more difficult to finalize how you are going to get there. Great leaders have a perfect understanding of what they want, what they know the business will become, and they wholly immerse themselves making that vision a reality.

Curiosity. One of the few emotions that can be linked to effective leaders. An inquisitive nature tends to represent a thirst for knowledge.

Contagious enthusiasm. An intense enjoyment and interest allows a leader to create themes that inspire. Taking the negative energy of difficult situations and directing it to positive energy.

Crazy. They don’t follow but innovate and create. Once a decision is made they can be indifferent to the feelings or opinions surrounding it, and only heed the results. All while preparing to make the next decision. Often their ideas and tireless belief in the goals will make others simply shake their heads, but even the skeptics will eventually rally around the leader and support the path.

Change agent. The skill to change someone’s behaviors and beliefs, while they raise the bar on their own performance. It is one this to be the change catalyst, but another to impart the desire to change on someone else. Not an easy skill to master.

Communication. The ability to convey a message and influence behavior, across various audiences.